The letter "A" continues with the first name Alpheus.  Again, I do not remember seeing this as a first name attached to the JONES surname.  The name appears in the marriage records of Wake County, NC.  It gives that on the 7th of November 1848, a Alpheus Jones marries an Elizabeth T. Price.  This record appears to be the only reference to this name.  Anyone know another Alpheus?

Vol. I, p.5, Caroline Cunningham collection.
Posted by The Jones Genealogist at 10:21 AM No comments:

The Old Free State, Volume II, by Landon C. Bell records this unusual first name.  On p. 342 it reads, Algernon Sidney Jones (born 1807 and died ca. 1857).  He is given as the son of Dorothy Anderson and Branch Jones.  His marriage in 1836 was to Mary Jane Overton.  Their children were Mary Branch, Sidney O., and Joseph Bragg Jones.  The marriage is recorded in Lunenburg Co., VA on the 7th of February 1837.  I believe that there was someone seeking a connection to the Bragg family.  This may be the case.

As our unusual first names continues, the name Adolphus is unique.  Only one reference to this name appears researched by Caroline Cunningham.  The Rockingham County, NC, Marriages gives Adolphus D. Jones and Caroline L. Reamey being married on the 18th of February 1843.  This name sounds Greek, but does not appear in the English dictionary.  Anyone know the origin of this unusual name?

From Cunningham's works, Vol.II, p. 2
Posted by The Jones Genealogist at 3:56 PM No comments:

A name not remember among my own tree climbing among the JONES surname branches.  It appears only two time as discovered by Caroline Cunningham.  First is found 1843 tax list of Person County, NC.  He is listed as "1 white poll".  The second is found in Virginia Magazine of History and Biography, Vol. III, No.1 (July 1899) p. 85.  He is listed as the son of Sidney Rodes and Powhatan Jones.  It would appear old Addison took his mother's surname, although it is not clear which is father/mother?  At any rate, Addison is stated to have gone to Texas.

Caroline Cunningham: Vol.IV (not numbered), and Vol. III, p.4.
Posted by The Jones Genealogist at 8:32 AM No comments:

In the year 1796, the House of Commons for the NC General Assembly, records that from Carteret Co., an Aden Jones was present.  Not sure that I have seen this as a first name before, but here it is.  There is an "Adin" named in the Bible, and this may be a spelling used in this case?  Anyway, has anyone seen this as a first name? [from Historical Sketches of North Carolina, Vol. II, p. 76.]

This name is listed by Caroline Cunningham, Vol. III, p.4.
Posted by The Jones Genealogist at 9:36 AM No comments:

Most likely another surname brought forward to be a first name is Abridgeton.  There does not seem to be a geographic location in England or Wales that takes this name?  It occurs 2 September 1746, in Granville County, NC.  It records that a John Wade of Granville County (moving) to Abridgeton Jones Isle of Wight County, VA.  A total of 640 acres are ordered to be registered September 1746.  [Greenville County, NC Deed Book A, 1746 - 1751, p. 2]  In the Wake County, NC Marriages on the 2 March 1785 Albridgton Jones marries Elizabeth Jarvis Cada Barts.  There is also a will of Albridgton Jones 1787 in Warren County, NC whose wife is given as Mary.

The name also appears among the Virginia Troops in their Continental Line as Lt. Abrideton Jones. [Virginia Magazine of History and Biography, Vol. II, No. 3 (January 1895) p. 243.] His military record is given as BLWt. 359-200 and in 1807 he is listed as a resident of Southampton Co., VA. [Index of Revolutionary War Pension Applications, p. 610 ]  In the Southampton Co., VA Marriages: on 22 December 1784 (Maj.) Albridgton Jones marries Fanny Calvery (daughter of Christopher Calvert).  On the 27 February 1795 (Col.) Albridgton Jones marries Polly Calvert. [sisters ?]

Name given in Caroline Cunningham, Vol. IV, p. unnumbered but in alphabetical order.  Spelled as Albridgton is found Vol. I, p. 3.
Posted by The Jones Genealogist at 9:05 AM No comments:

The Bible wins again as the source of this unusual first name.  The name presents itself initially in the  book of  I Samuel, and occurs a fair number of times associated with the life of David.  Used as a first name with the surname JONES it appears in Northumberland County, Virginia Births, 1661 - 1810.  It is recorded that on the 20th February 1772 that "Abishai Jones the son of Winnefrit Hudson A Bastard son was Born".  An interesting account with the mother's maiden name given as Hudson, and the child born is recorded with the surname JONES.  The father of the child is not listed.  According to Meade, in the year 1776, Mr. John Leland and the Rev. Benjamin Sebastion were ministers in the county.  Perhaps, it was one of these fellows who selected the name.

Old Churches, Ministers and Families of Virginia, by Bishop William Meade, Vol. II, p.132.  This two volume reference was first published in 1857.
Posted by The Jones Genealogist at 9:03 AM No comments: 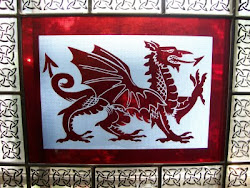 The Jones Genealogist
I am retired from 27 years of practicing and teaching medicine.